Money and especially debt aren’t usually topics that are easily brought up among families, yet alone with strangers. Those of us riddled with debt can get into the habit of comparing ourselves to others and/or are reluctant to ask for help or share our financial situation with others, for fear of judgement. As a result, we end up keeping it to ourselves and suffer alone in silence.

That’s exactly what happened to me.

I’ve been in debt for most of my adult life and since I can remember, I’ve always thought that I would never be able to pay it off. So I did what broke people did: I paid minimum payments, never truly getting anywhere. When I did make significant progress on any given debt, I’d just rack up some more debt taking trips and buying things I couldn’t afford. It seemed I went from one financial crisis to another and the stress of it all began to take a toll. 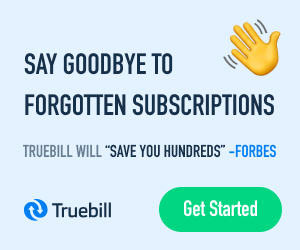 It’s important to keep in mind that depression looks different and progresses differently in everyone. It’s not always sadness and thoughts of suicide because for a long time, I carried on with a smile like everything was okay…until I couldn’t.

I Was In Crisis

I slowly began to withdraw from the outside world, even from those closest to me. I’d avoid calls and decline invitations to get together because I didn’t want the look on my face to trigger the series of questions about how I was actually doing. However, the more time that went by with no significant progress, the worse I got. This financial burden on top of increasing lack of job fulfillment created a vortex of stress and negative thoughts. My 6-figure debt felt like it weighed and ton and it was crippling.

I would wake up later and later. Just getting out of bed became harder on days I was scheduled to be on-site for work. Sometimes, because of the weight of it all, I would just call out sick (and putting my job at risk), spending days on the couch mindlessly watching Netflix and drifting in and out of sleep. Some days, I wouldn’t even eat until two o’clock in the afternoon. I would even go to great lengths to hide all of this from my boyfriend which added another layer of stress. With all of this stress, I even missed a period for 2 months straight.

How I Got Help

Breaking through my depression wasn’t easy and it wasn’t because of any one thing but it did require vulnerability and transparency. It took letting in those closest to me (no seriously, one of my friends just showed up at my house and insisted I let them in the door) and through tears telling them about my struggle. It took doing just one thing each day that I hadn’t done the day before. Basic things like getting out of bed and making breakfast so that I ate before 2p, showering even if it mean just putting my pjs back on, tidying up an area of the house, etc. I could only take it one moment at a time but eventually I developed a more positive pattern.

I went back to see my therapist who I hadn’t seen in several months. In speaking with him transparently about my debt, I learned about some of the things that can trigger my depression like work, my relationship with my parents, and believe it or not…social media. He also gave me tools to help navigate those triggers and we worked on positive beliefs to help combat my negative thoughts or life events. I also turned to the Debt Free Community on Instagram where I wasn’t alone, beared witness to people who worked through various amounts of debt, and where I felt safe to share my own struggles with money. And yes, I finally had that crucial conversation with my boyfriend, who was way more supportive about my debt free journey than I imagined.

I’m not cured from my depression. I don’t believe it ever truly goes away. But with the help of my therapist and my support system, I’m better at managing it.

You Are Not Alone, Help Is Available

If you or someone you know may be having difficulty coping with debt or other financial hardships, help is available. Here’s a list of some resources that may be able to help:

These are just suggestions and should not take the place of seeking help from a licensed financial and/or healthcare professional.

Nika, is an award-winning debt expert, personal finance content creator, and the voice behind Debt Free Gonnabe. She is on a journey to tackle her 6-figure debt and teaches others how to payoff debt without sacrificing fun! View more posts

2 thoughts on “How Being in Debt Led to My Depression”